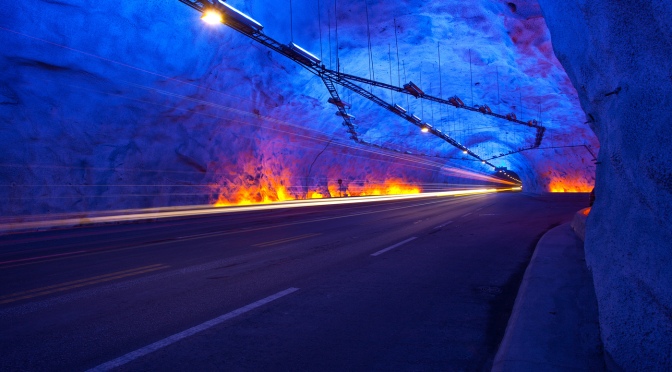 Modern vehicle engines emit many harmful substances, including carbon monoxide (CO), carbon dioxide (CO2), nitrogen oxides (NOx), hydrocarbons and some 20 other gases. It is known that all engines produce CO, particularly at cold start. To protect ourselves from this toxic gas, vehicles are installed with catalytic converters. This means that a warm running modern engine with converter generates 140 times more CO2 than CO. 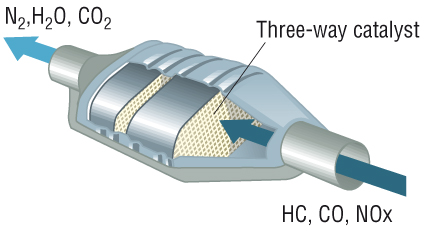 Catalytic converters convert a lot of the CO produced by an engine into CO2.

The longest tunnel in Switzerland will be the Gotthard Base Tunnel (under construction) that will be 57km long. The tunnel is a railway tunnel.

The longest car tunnel in the world is located in Norway, the Laerdal tunnel, 24km.

The LEP tunnel in Cern, Switzerland/France is a 26km circular ring.

Why the need to measure CO2?

Old vehicles (pre-catalyst) generate a lot of carbon monoxide pollution, to solve this, modern vehicles were installed with catalytic converters. Catalytic converters are not very efficient during cold start up but once warm they can convert CO to CO2 very effectively. This means modern engines emit much higher quantities of CO2 than CO. It is well-known that CO is extremely toxic but CO2 in high levels can also be hazardous to health. To ensure healthy air quality it is important to provide excellent ventilation in garages and tunnels, however running a ventilation system constantly is inefficient especially when few cars are running at a time.

Levels of CO2 in large indoor car parks can become extremely dangerous if not properly controlled.

In garages and tunnels vehicles can be operating in both warm and cold conditions, therefore it is important to measure both CO and CO2 to ensure a safe environment. Today there are laws around the measuring of CO – the maximum allowed value is 35 ppm. There are however, currently no rules on measuring CO2 but this is equally as important.

How does it work?

A meter can both control and alarm locally, as well as being part of a larger complete system. This application is similar, for example, to the ventilation requirements in a classroom.

The ventilation need depends on the number of cars running in a garage or tunnel instead of the number of students in a classroom. The sensors usually used to measure CO2 and CO in public garages and tunnels are capable of covering an area of around 250 m2.

A study was made in a garage containing 77 parking places and covering an area of 1,445 m2. The study showed that using sensors to control the ventilation reduced the fan operating time by 90% compared to constant running. The electricity cost was about €0.09 per kW/h (including energy tax and VAT) and the fan used 1.5 kW/h in operation. This meant that the demand-control solution produced an energy saving, per month, of 970 kW/h, and a resulting reduction in running-costs of ca 85.32 €/month. If all residential garages were equipped this way the sum of energy saved would make for a considerable benefit to society and the environment. A larger garage would have saved even more money thanks to the controlled ventilation system.

Another benefit is fewer people suffering from CO or CO2 poisoning being admitted to hospitals. As well as being good for the health of the general public, This helps reduce the costs of health care to the government.