When we leave behind the warm, bright summer days and enter into the cold darkness of winter, deciduous trees all around the UK start to lose their leaves – Why? In this blog, we will have a brief look at why a tree may suddenly decide that is is no longer economical to sustain the leaves clinging to the ends of its branches.

To drop, or not to drop?

Leaves are very beneficial to trees. The chlorophyll contained within them allows the leaves to use the energy from the sun to convert carbon dioxide and water into glucose and oxygen. For optimal efficiency, most leaves have a large surface area, maximising the amount of sunlight they can absorb. In addition to this, the underside of the leaf is covered in tiny pores called stomata. These stomata are there to let carbon dioxide into the leaf, and oxygen out. However, with the movement of CO2 and O2, in and out of the cell, some of the plants valuable stock of water can also escape as a vapour.

The trade off: do the benefits of have having leaves outweigh the drawbacks.

During the long summer days, the leaves take in plenty of light to make enough glucose to offset the problem of a little water loss. However, as days get shorter, and light levels are reduced, the leaves make less glucose every day. At some point, the loss of water through the leaf, and the energy expended by the tree in maintaining the leaf, can no longer be justified by the amount of glucose being made, so the leaf is ejected.

We had to get relative humidity in here some how, so here it is. The relative humidity of the air around a leaf can have a significant effect on the rate at which water is lost through the stomata. The action of diffusion, by which molecules of a gas move from an area of high concentration to an area of low concentration, means that when there is a large difference between the partial pressure of water inside the leaf compared to outside, water vapour will escape much more quickly compared to when the partial pressures inside and outside the leaf are relatively similar. To combat this, some leaves have tiny hairs on the underside which can help trap moisture close to the outside of the leaf surface, thus reducing the partial pressure difference and reducing unnecessary water loss. 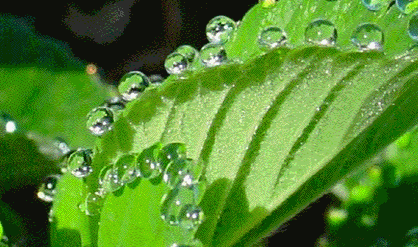 The stomata can also be opened and closed by the guard cells to minimise water loss, but when they are closed, less CO2 can get in to the leaf, meaning photosynthesis is reduced.

Job security in the leaf world is poor. As soon as a leaf is deemed by the tree to be more of a hindrance than a help, hormones are released which trigger specialised cells near the stem of the leaf to cut it free.

Before the leaf is let go, the tree breaks down molecules in the leaf to take back as many nutrients as possible. The green chlorophyll is one of the first molecules to be broken down, resulting in the change of colour from green to brown.

2 thoughts on “Branching Out: Why do some trees lose their leaves during winter?”